Where are the Leaders with Gravitas?

Behind so much of the restlessness around the world is a growing revulsion, a sense of disgust directed at feckless leaders. Empty suits. A privileged elite who are at best incompetent, not only because they lack the necessary skills to lead, but they give little evidence of character.

You see this in places like Beirut, where a corrupt, criminal oligarchy has nearly destroyed a nation. You see it in our own country, where characterless leaders seem to be the norm. You can’t help but notice it in cities, like mine, where leaders have caved to lawlessness. It hits you in the face when you read the recent news of moral failures, like the university president—whose school, ironically, is dedicated to training champions for Christ—posted indecent photos of himself.

It used to be that ungodly leaders concealed their misdeeds. Today, narcissistic leaders tend to display their indiscretions.

Maybe I am more conscious of these things, given I have been to Beirut often—and I grieve over the suffering. More sensitive to moral failure in evangelical circles, due to the fact I teach in an evangelical seminary. Perhaps it is largely because I have been sequestered in my cabin, writing on leadership and character for the past few months.

In almost every field, and with increased frequency, those who lead seem to be guided by power and profit at the expense of honor and dignity. What explains this? It’s not so hard.

First, an increasing number of today’s leaders are absorbed with themselves and obsessed with their power. They believe they deserve their due, given their position of authority. They might acknowledge that there are flaws in their character, but they are rewarded by a culture that values performance over principles. Better to be remembered for what one achieved rather than how one lived. But this ignores the reality that naked power leaves people exhausted—it does have an expiry date.

Second, they are not reckoning with the certainty that, apart from God and his help, their hearts remain hopelessly corrupt. They think their center can hold, but it can’t. They assume they can find some sense of true north in their souls, but there is no true north down deep. Leaders, like everyone else, have inherited a pathology that blinds and distorts.

Third, if there is any acknowledgment of flawed wiring in their character, leaders have bought into the notion they can fix things on their own. Master the interior context. Isn’t this what most leadership gurus preach? What most self-help books, dedicated to self-betterment, teach? But the damage caused by sin is too deep. A leader’s heart can change, but it is a divine work. There is no self-making—only God’s saving work on the cross can purge interior impurities. But most leaders ignore this to their peril. As one put it, “Leaders, working out their own salvation, are a pathetic spectacle—hopelessly defeated moralists trying to elevate themselves by their own bootstraps.”

Fourth, for those leaders who wear the Christian label, all too many are not taking seriously their need to daily humble themselves before God and acknowledge—“Apart from Me you can do nothing” (John 15:5). They ignore the metamorphic work of the Spirit, who can transform a leader into a man or woman of gravitas.

Sadly, too many who carry the mantle of leading have other priorities that crowd out the necessary disciplines to spiritual maturity. They give little time for the Word, that has this potential to go to the deepest layers of the interior and transform the soul. They are not taking advantage of prayer—the kind that moves the hand of God. Because of their pride, they are missing the lessons God is using trials to teach them. So they keep making the same misjudgments. Worse, they are oblivious to a spiritual war that battles constantly for their souls. They forget that decency and dignity can still slide back into self-indulgence and moral decay.

Only by going deep with God is one able to discern the true marks of character. They are found in God’s character (his love and holiness, his justice and his compassion). Without a sense of this, leaders are back to trying to live by their own internal sense of 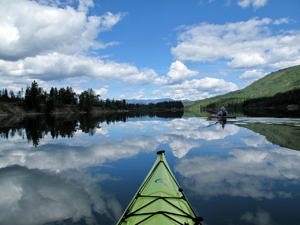 right and wrong. Prove who has the upper hand with their virtue signaling. Demonstrate that they are woke, and shame those who disagree with their truths.

But as Paul Copan notes, “If we’re just dancing to our DNA—over which we have no control—how do we know we’re right about anything?”

Unless our character is grounded in a loving and righteous God, a transcendent and holy One, all of our zealous moralism—be it on Facebook or the streets of Portland or the halls of Congress—are a passing outburst, an empty sham. And without God’s character infusing the lives of leaders, those who follow them will only feel revulsion—and suffer the consequences.

The Best Leaders are Philosophers

How Does a Leader Come to Power?

Looking at Leadership from a Divine Lens—Gaining a Vision

The Window We Need to See Out Of